popleli 352 2015/12/28 04:59 #237595
Hello guys, I tarted new account. Withdrawn request made via bank account but I have deposited through Paypal. No bank account details on my B365 account. Should I be worried about my withdrawal request or will it end up in my Paypal account to which I deposited the money into my B365 account They told me on the phone it should be ok and will be in the Paypal account even though I made a request through the bank account Tab on the site.
Join: 2014/12/23 Messages: 352
Quote
0 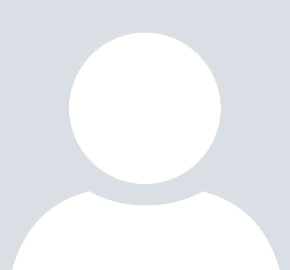 hey there, Bet365 not returning my deposit after "verifying my account", what I should do? 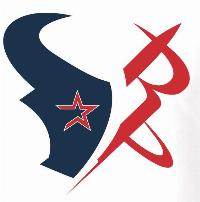 Please note you must have settled bets to the value of three times your stake and bonus placed on your mobile or tablet prior to making a withdrawal. Does this rule apply for bonus seekers only or apply to all members. I mostly bet stakes like if I place bet £10 and will get return £15 , never intrest in placing risky bets , so means bet365 saying I need to take risk to withdraw??
Join: 2015/02/26 Messages: 208
Quote
0

Anybody know about bet365 withdrawal rule??

Please note you must have settled bets to the value of three times your stake and bonus placed on your mobile or tablet prior to making a withdrawal. Does this rule apply for bonus seekers only or apply to all members. I mostly bet stakes like if I place bet £10 and will get return £15 , never intrest in placing risky bets , so means bet365 saying I need to take risk to withdraw??

If you take up any "free offers" there are always terms and conditions attached so read them carefully.this seems like an offer for new customers
Join: 2014/12/23 Messages: 352
Quote
0 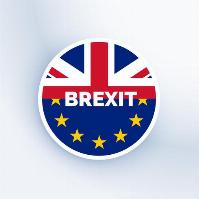 Perform Group has partnered with bet365 to provide live and bespoke ICS-powered audio commentary and match insight for its players over the top of Perform’s live video streams.

The Stoke-based firm has followed Unibet and Fonbet as the latest operator to take advantage of Perform’s Custom Betting Commentary product. The service builds on the Watch & Bet live streaming service which includes La Liga, Ligue 1, WTA and FIBA basketball.

Designed to deliver all bet365 users a uniquely entertaining betting experience, it provides users with a single, free audio commentary channel as standard for selected events.

Andrew Ashenden, Perform Betting MD, said “We’re delighted bet365 has engaged our new service to deliver their ICS powered commentaries over the top of our streams in multiple local languages. This product is a great example of our drive to make worldwide sport and betting more entertaining & engaging on a local level.”

Ian Holding, Director of Independent Content Services Limited (ICS), said: “It has been really exciting to launch the new commentary service for bet365, starting in Italian and Spanish.

“Bespoke commentary focussed on live betting analysis and in-play opportunities is a fantastic innovation for punters and offers real value. We deliver commentary on any sport and in any required language and working with Perform on this new streaming service is a perfect partnership.”
Join: 2011/11/24 Messages: 1147 Phone: LT
Quote
1

The governance of bet365 has confirmed that it will open a new operations-led office in Malta, but has downplayed weekend news as ‘inaccurate speculation’ regarding its motives.

The stoke-based enterprise, responded to an article published by The Sunday Times of Malta, detailing that bet365 would move some 1,000 Gibraltar employees to Malta, as it prepares for Brexit impacts.

For its European market operations, bet365 holds both Gibraltar GGC and Malta MGA licenses, with the online bookmaker operating a smaller marketing led office in Malta.

Weekend news sources reported that bet365 governance had agreed to acquire a section within a new business property developed on the Tigne Peninsula in Sliema Malta, which would serve as the firm’s future operations hub post-Brexit.

Responding to the speculation, bet365 released the following statement,

“We are taking additional property space and looking to recruit additional personnel in Malta to support our online operations and will also be expanding our infrastructure capabilities there.”

“It should be noted, however, that the number of people reported as being relocated to Malta are wholly inaccurate.”

Gibraltar’s Minister for Gambling, Albert Isola would back bet365’s corporate statement, detailing that he had spoken to the bookmaker, who had reassured its Gibraltar stakeholders that ‘bet365 remains committed to its Gibraltar operations and workforce’.

Furthermore, Isola stated that the Gibraltar government was confident of securing a positive outcome for all Gibraltar enterprises as the UK withdraws from Europe.

The combination of low corporate taxes (1% cap) and Gibraltar’s full membership to the EU have seen the UK independent territory become the operational home to more than 30 online betting operators including; GVC, BetVictor, 888 Holdings and 32Red. With over 5000 sector employees the online gambling industry remains Gibraltar’s largest employer (population 32,000).

In 2017, a number of industry stakeholders operating in Gibraltar have expressed concerns relating to the potential disruption that Brexit may cause the British overseas territory.

The ongoing Brexit negotiations have seen the European Court of Justice (ECJ) confirm that the UK and Gibraltar will be treated as a ‘single entity’ with regards to providing business services and transactions.
Join: 2011/11/24 Messages: 1147 Phone: LT
Quote
0

Place a pre-match single bet on the Full Time Result market for any World Cup 2018 match.

If the team you back to win goes 2 goals ahead at any stage during normal time, we will settle your bet early as a winner regardless of the final result.

High-profile UK bookmaker Bet365 has struck a deal with the newly-opened Hard Rock Atlantic City casino in the state of New Jersey.

On June 25, the New Jersey Division of Gaming Enforcement issued a letter approving a request by the Hard Rock Hotel & Casino Atlantic City and Bet365 Group Ltd to enter into an agreement to conduct a sports wagering related business.

The letter, which PlayNJ first reported about, reads that the gambling regulator has reviewed a joint application by the two parties and that it has approved Article 3 of their joint application for the provision of sports betting. While it is still unknown what Article 3 involves, more details are likely to emerge in the coming days.

The all-encompassing $375 million renovation for the former Trump Taj Mahal building, subsequently rising to $500 million, opened its doors last Thursday, with two nights of entertainment, for which a first year budget of $30 million has been set aside.

Hard Rock Chairman Jim Allen previously noted: “The brand itself is about entertainment.

“Within these amenities we certainly offer hotel, dining, and other experiences. But there is one universal language and that’s music. We are the only brand that works to bring people together through music.”

Allen later added: “We could have re-carpeted and put some memorabilia up and that would have been fine.

“But we made a commitment to making sure Atlantic City grows, so it was important to make sure guests got to come see something completely new and re-done.”
Join: 2011/11/24 Messages: 1147 Phone: LT
Quote
0

bet365 unveils partnerships with half of Spain’s La Liga clubs

Leading online UK operator bet365 has announced the expansion of its sponsorship portfolio, agreeing partnerships with half of the teams in La Liga for the coming season.

The partnerships have been reached until the 2020 season and follow on from bet365’s sponsorship of Spanish Football coverage on Sky Sports, which expired at the end of last season and wasn’t renewed after Sky Sports lost the rights to Spanish football to UK broadcasting newcomer, Eleven Sports.

The levels of investment by betting operators in Spanish football sponsorship has increased in recent years, with Betway also venturing into the Spanish market to secure the expansion of its sponsorship portfolio, agreeing successive deals with Deportivo Alavés, C.D. Leganés and Levante U.D.

The Spanish football season commences this weekend, as the league looks to once again flex its overseas commercial value by hosting the Spanish Super Cup, between domestic cup runners up Sevilla and League winners Barcelona in Morocco. The tie marks not only the first time the Spanish Super Cup has been played over one leg, but also the first time it’s taken place outside of Spain.
Join: 2011/11/24 Messages: 1147 Phone: LT
Quote
0 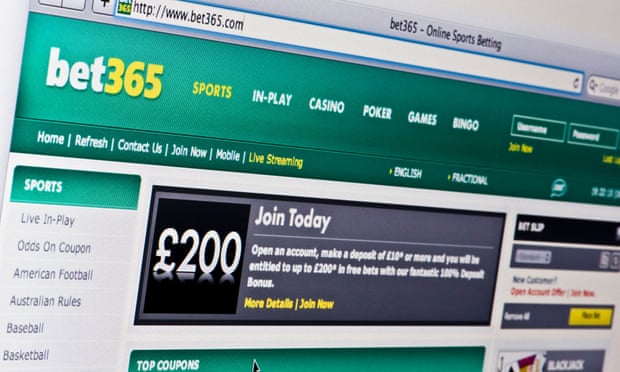 The long-running case of Megan McCann, a student from Northern Ireland who is suing the online bookmaker Bet365 for £1,009,793 in unpaid winnings, will finally reach a court room on 13 November after a date was set on Wednesday for a full-day hearing at the Royal Courts of Justice in Belfast.

However, Bet365 has subsequently refused to pay McCann’s winnings, claiming that her stake for the bet was provided by a “third party” in contravention of the firm’s terms and conditions (T&Cs). It has also refused to return her initial stake.

In July 2017, more than a year after the bets were placed, McCann instructed Andrew Montague, a solicitor well-known for his expertise in gambling-related cases, to sue Bet365 for her total payout of £1,009,793. Montague’s most famous victory in the past was won on behalf of the legendary Irish gambler Barney Curley, who successfully challenged a ruling by Gibraltar’s gambling regulator that BetFred.com could withhold a payout of €852,000 [£765,000] following a betting coup in January 2010.

The McCann case has been slowly working its way towards a court room ever since, and the proceedings scheduled for 13 November are still not a full hearing. The outcome could prove important, however, as Bet365 will attempt to strike out several sections of McCann’s statement of claim.

If or when the case reaches a full hearing, it is potentially of considerable significance to online punters across the UK, all of whom sign up to the T&Cs of individual bookmakers, often with nothing more than the tick of a box, whenever they open an online account.

In recent years, campaigners attempting to secure and defend punters’ consumer rights have seen an increasing number of complaints that gambling firms use opaque, over-complicated or misleading T&Cs to deny winnings to punters, or remove money from their accounts without consent, for instance via charges on allegedly “dormant” accounts.

McCann’s case, which is understood to claim that, in legal terms, Bet365 “engages in unconscionable, exploitative and unlawful” practices in regard to its customers, promises to be an important legal test of a major online gambling firm’s T&Cs. Bet365, which was founded in Stoke-on-Trent in 2000 by Denise Coates, has grown rapidly to become a huge presence in the online gambling market. Coates, who is the company’s joint chief executive with her brother, John, is the majority shareholder in the business. In 2016-17, she became Britain’s highest-paid chief executive, with a salary of £199m and £18m in dividend payments, after Bet365 posted an annual profit of £525m.
Join: 2011/11/24 Messages: 1147 Phone: LT
Quote
1

To watch a bet365 stream users must have placed a bet that has been settled in the last 24 hours or have a funded account.